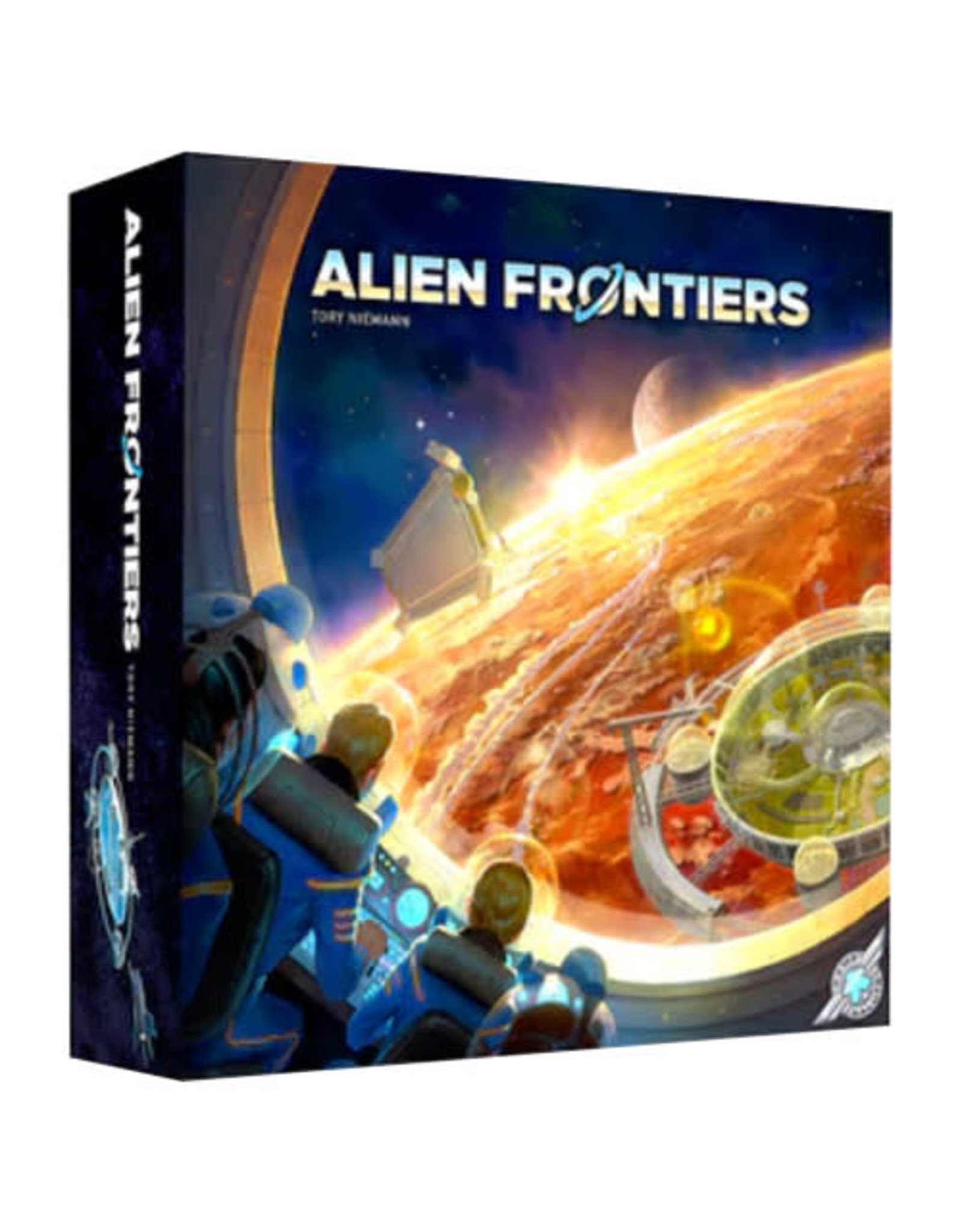 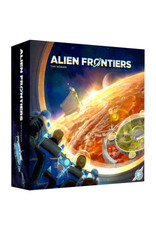 Alien Frontiers is the award-winning game of resource management, dice placement, and area control set on the retro sci-fi world of Planet Maxwell.

Deploy your fleet of dice and colonize the untamed planet by utilizing orbital facilities, discovering alien technology, and constructing colonies in strategic locations to stake your claim to this far-flung frontier.

Simple rules with engaging gameplay and endless replayability have made Alien Frontiers a favorite since its release in 2010. This definitive version of the game celebrates seven years of players colonizing Planet Maxwell.