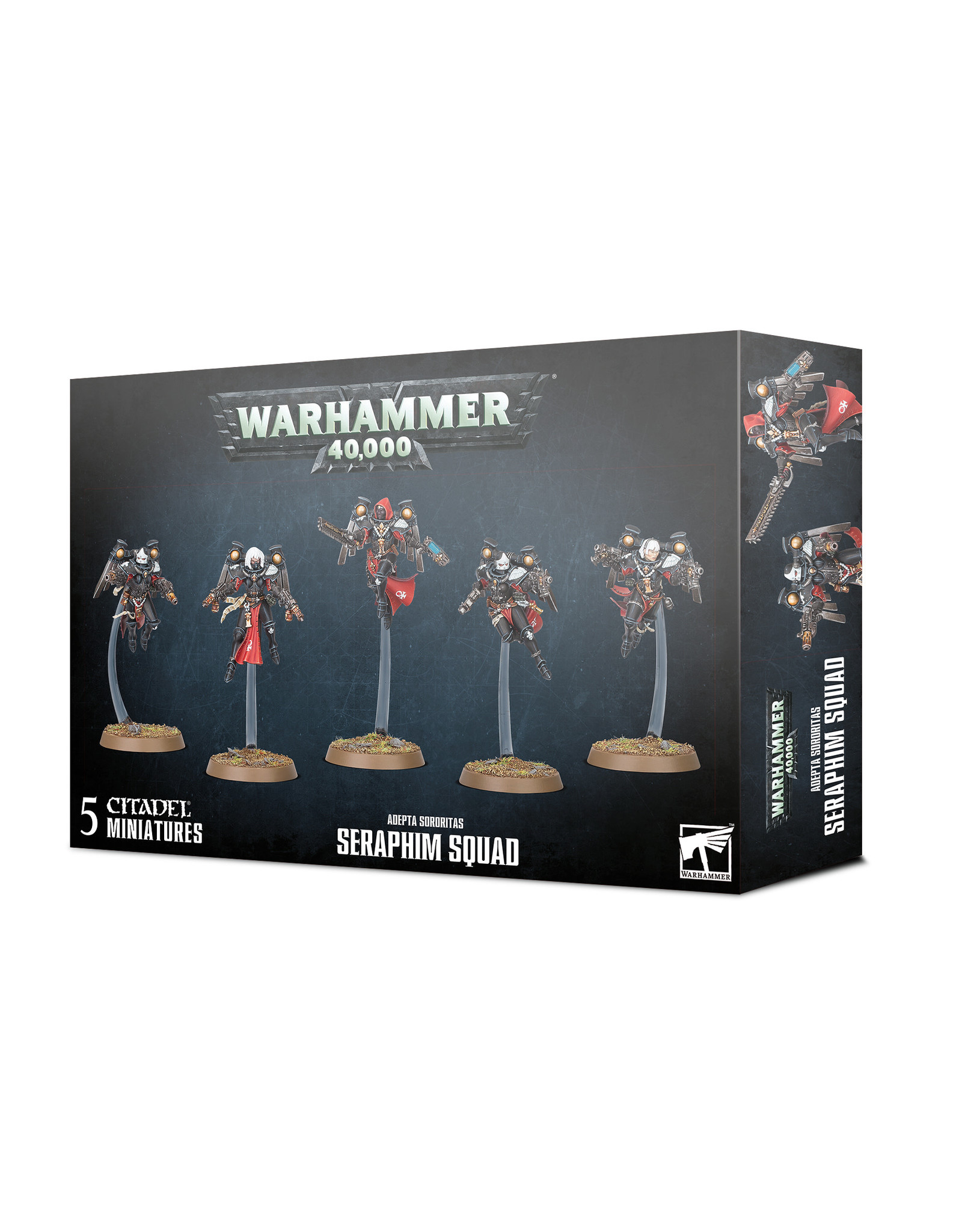 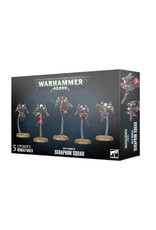 The angelic warriors known as Seraphim fight in the advanced guard of an Adepta Sororitas army. Equipped with San Leor pattern jump packs, they descend from on high and launch themselves at the enemy lines, using shock and awe to shatter formations before their fellow Sisters open fire. Each Seraphim wields a pair of pistols, chosen from amongst the holy trinity of weapons. Bolt pistols are used to spit hails of death as the Seraphim arc through the sky, hand flamers spew burning torrents to immolate packed ranks of foes, whilst inferno pistols fire focused beams of heat that melt through armour and flesh with contemptuous ease.

The kit builds five Seraphim. The Seraphim each carry two bolt pistols, though two of their number can instead be equipped with hand flamers while two more can bear inferno pistols. One model can be assembled as a Seraphim Superior, armed with a bolt pistol or plasma pistol in one hand and a choice of bolt pistol, chainsword or power sword in the other.