A Fistful of Dinero

Home / A Fistful of Dinero 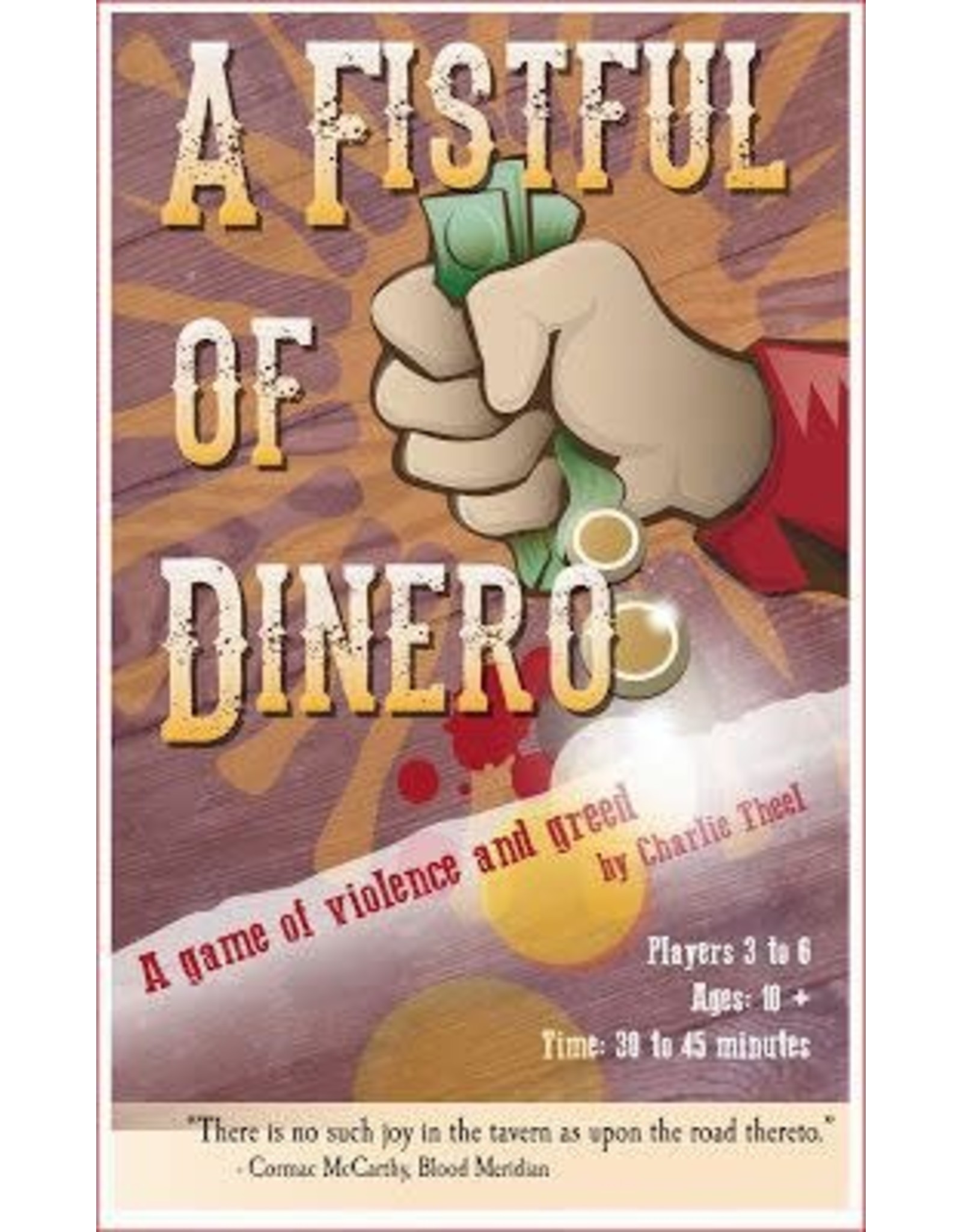 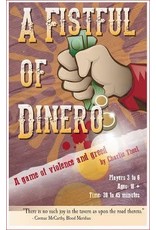 The year is 1886 in a small forgettable hovel of a town on the border of nowhere. Several unscrupulous individuals come together for a hand of poker over a pile of cash. A whispered accusation of chicanery crosses the table and irons are yanked from holsters. The sparse crowd dives for cover and lead arcs towards flesh, the saloon aching for a fresh coat of crimson.

A Fistful of Dinero, the first game published by Magic House Games, is a card game for 3-6 players set in the wild west. After a poker game goes terribly wrong, players draw their weapons, make a quick grab for the cash, throw chairs, dive for cover, and do everything they can to be the richest gunslinger — or just the last man standing...

At the start of a round, players draft cards and place (program) them in one of three slots. Then in player order, players reveal the first slot and take one of the two available actions. Players can fire their weapons, hide beyond cover, switch weapons, grab money, etc. Players also have the opportunity to "throw" chairs or other items (cards) onto an opponent's player board to do additional damage.

The game ends in two ways: If a player takes five points of damage, he's dead and out of the game, with the last man (or woman!) standing winning it all. Alternatively, if the pot of dinero ever runs out, the richest outlaw wins.