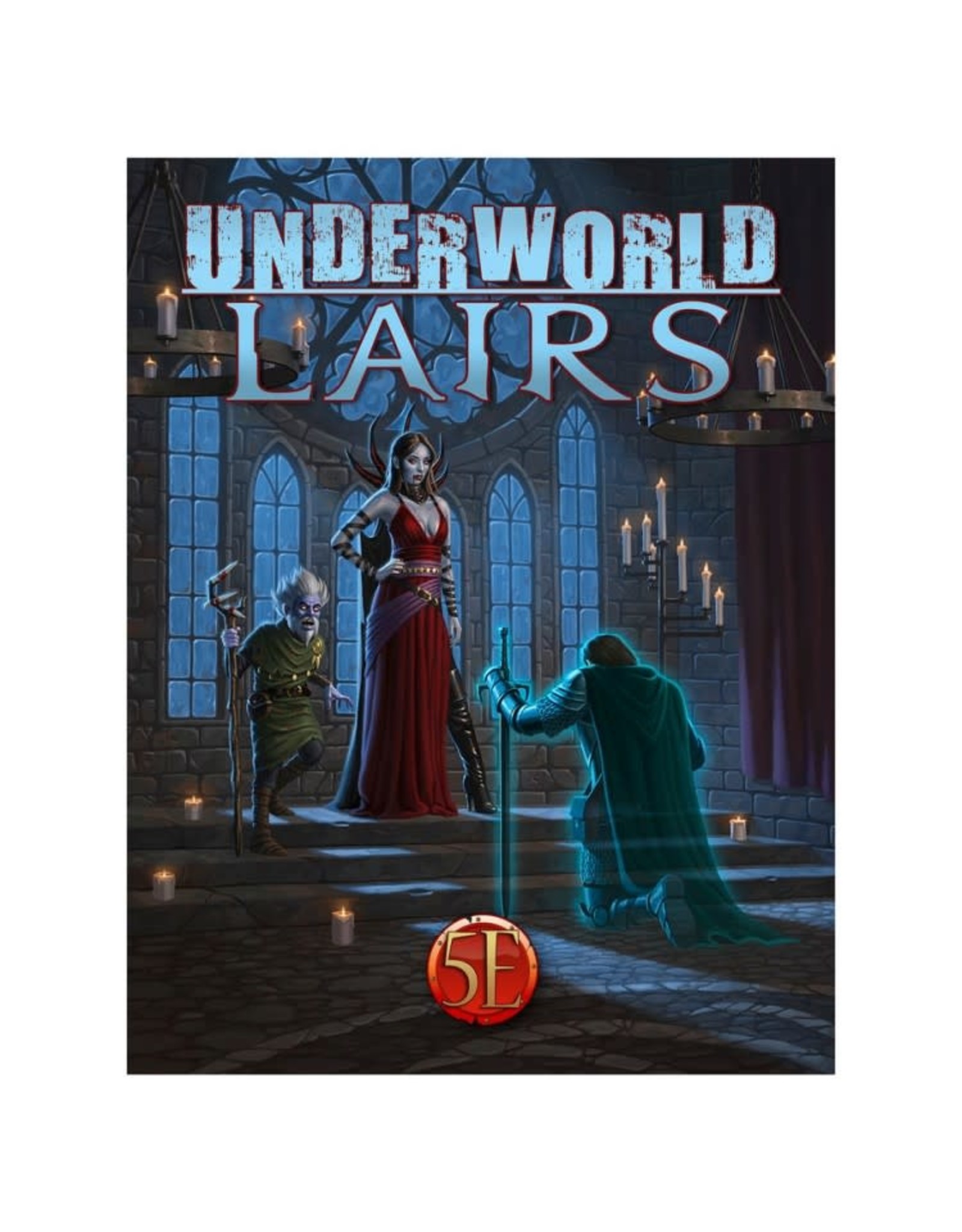 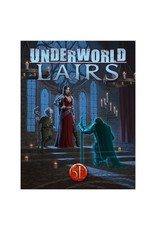 Darkness, discovery, and new means of death lie within the Underworld...

An encampment of the nearly extinct drow defending an Underworld entrance.

A cathedral lit by the eerie green glow of thousands of candles.

A powerful lich inhabiting the corpse of a giant petrified worm.

Inside, you’ll find these and more! The standalone, single-map adventures for characters of levels 3 to 14 will challenge players with strange societies such as derro and darakhul, fantastical locations like the Skullcap Forrest or an outpost of the Ghoul Imperium, and powerful opposition like a clan of cave giants known as the Sunseeker tribe.

Use these as a stop along your campaign or a single, standalone session. Whether a party of heroes or those of… flexible moral fiber, they will enjoy the struggle and triumph of these Underworld Lairs. That is, unless the cave dragon adds them to the foundation of his ziggurat of bones.